Even though the economy has been a little shaky lately, one thing that has helped our state's economy is the abundance of snow we've had thus far this winter season! As most know, Vermont has some of best skiing/snowboarding on the East coast. Even though most of our ski resorts make their own snow, they definitely rely heavily on natural snow to cover their trails. Thankfully this season, Vermont has had it's share of snow. We've had at least 5 or 6 decent storms so far, giving Burlington and the Champlain Valley over a foot of  snow on a few occasions and giving  higher elevations several feet of snow! This natural snow may be a pain sometimes - shoveling, plowing, icy roads, etc. - but for most of us Vermonters who live here for a reason and gladly endure 5 month winters, we love to play in it! Whether we're skiing, snowboarding, snowshoeing, snowmobiling, ice skating, or simply making snow angels, Vermont just wouldn't be Vermont without snow! If you like to play in the snow too, here are some great websites to check out:

Sugarbush Resort - downhill skiing and snowboarding. It's their 50th anniversary - check out their website for deals!

Mad River Glen - a cooperative resort (owned by its skiers) downhill skiing only (no riders) - Ski It If You Can!

Smuggler's Notch - downhill skiing and snowboarding - get $20 off coupons for lift tickets when you buy Coke products at participating Mobil Gas Stations!

Burton Snowboards -  leading snowboard manufacturer worldwide started in 1977 by Jake Carpenter in Londonderry, VT with it's headquarters and flagship store in Burlington.

And if you're from out-of-state but just love Vermont and its long, cold winters and you're thinking about moving to our beautiful state - give me a quick call or email -  my team will help you find your dream winter home! 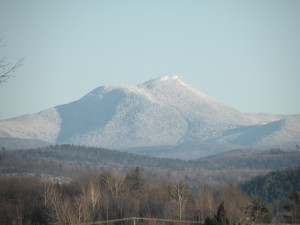