Lake Champlain, perfectly nestled in between Vermont and New York, is a magnificent fresh water lake. It is the perfect place to reside, vacation or call your second home. Whether you want to set sail, cast a lure, take in the some of the sights, or take a dip, Lake Champlain is the place to be! The Lake Champlain area with miles of shoreline and views of the Adirondack Mountains, it has been a comforting homestead for many years.  Find out why so many people love this lake and how it got to be the pristine place it is today!

Lake Champlain, for most of its 107-mile length the state line between Vermont and New York State, has been a vital freshwater highway in the Northeast since it first formed from the retreating Laurentian Ice Shield more than 11,000 years ago. Its initial draw to native peoples was as a resource for food and furs, in particular such herd animals as mastodons, woolly mammoths, and caribou. These inhabitants likely were in groups as small as single families or clusters of related families, not the tribal concept with which most of us are familiar.

As the climate changed and the caribou and musk ox moved farther north, the native population was forced to learn new survival techniques that focused on smaller forest animals, the growing of crops, and fishing the Lake for its bounty. Archaeological findings from around Lake Champlain have revealed a large variety of woodworking tools that indicate the ancient population used watercraft for travel, fishing and other animal procurement activities. It is assumed that these boats were dugouts and possible skin and bark canoes. 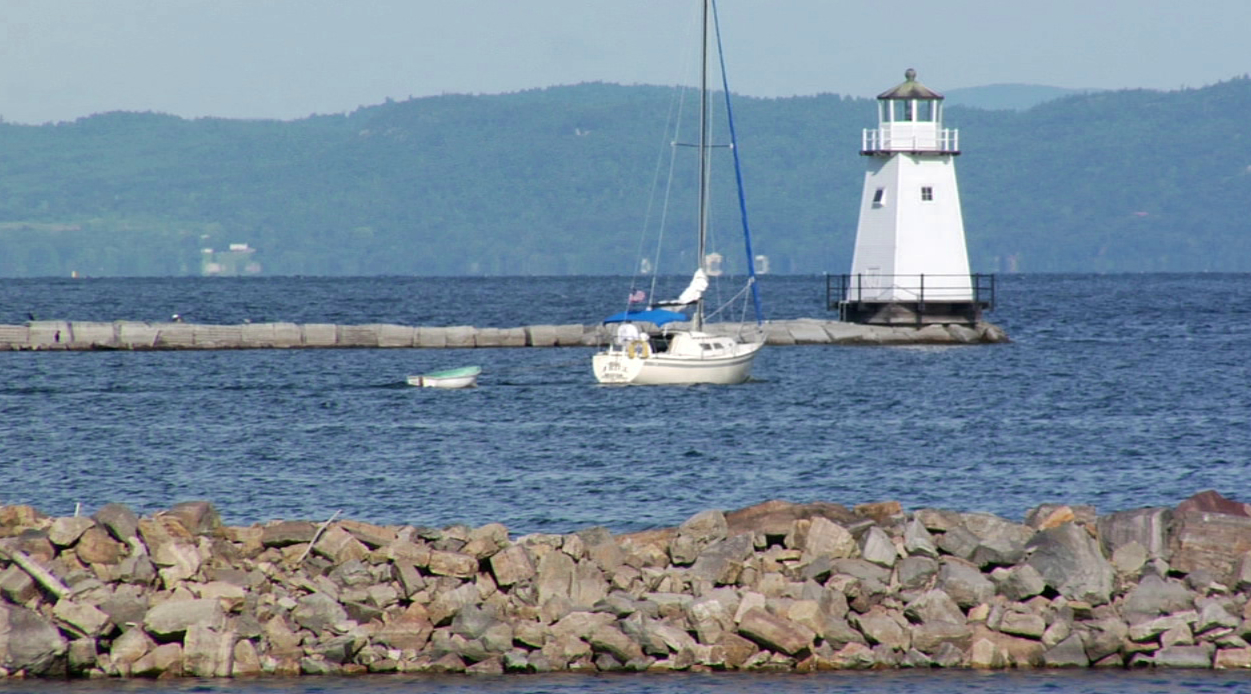 Eventually, sizeable communities arose along such waterways as the Winooski River and Otter Creek, both of which feed into Lake Champlain. The inhabitants over time changed from a hunting and fishing subsistence to the gathering and eventual farming of a variety of wild, edible, plants. The regional tribes had evolved to include four principal groups: the Iroquois to the west and the Western Abenaki to the east, in turn refining to become the St. Lawrence Iroquois, the Western Abenaki, the Mahican, and the Mohawk. Barring further archaeological exploration, however, it is still not clear when, where, or why the different groups moved into the Champlain Valley, beyond the fact that they appear to have been in place as recently as 400 BC.

The arrival of Europeans in the early 17th century AD marked the beginning of Lake Champlain’s “modern” history, first as a waterway to be explored from the north, but more importantly as an area to be exploited for its forests and furs. French explorer Jacques Cartier in 1534 AD entered the Gulf of St. Lawrence while seeking the Northwest Passage and in the process developed trade relations with the St. Lawrence Iroquois. An early attempt to set up a colony in the St. Lawrence Valley failed, but sporadic trade for furs in exchange for metal tools did occur between the French and the St. Lawrence tribes until 1603, when the St. Lawrence Iroquois suddenly vanished from the area. The cause of this disappearance is unknown, but the tribes were heavily hit by diseases passed on by the Europeans and by continuing warfare with other tribes who sought the metal tools the Iroquois possessed.

Samuel de Champlain established the first permanent European settlements in New France (now Quebec) in 1608. The first settlement, near the Iroquois village of Stadacona on the St. Lawrence River, became Quebec City. Later that year, farther upstream at the island village of Hochelaga, a second permanent colony—now known as Montreal—was begun. It was from Hochelaga that Champlain undertook his extensive explorations into the North American interior; these included his discovery and exploitation of the lake that now bears his name, in effect the important discovery that a nearly complete water route existed from the St. Lawrence to the Hudson Rivers, which was later enabled by construction of the Chambly Canal in southwestern Quebec and the Hudson Canal at the southern end of Lake Champlain.

For more than 200 years Lake Champlain was the focus of the struggle for military and political dominance, first between the French in New France and the English in what now is southern New York State (1609-1763), then between the newly-independent United States of America and Great Britain (1776-1783), and finally during the War of 1812 to 1814. The United States Navy was established at Skenesborough (now Whitehall), on the Lake’s New York shore, just before the Revolutionary War. During these same two centuries the Lake also became a major channel for commerce and settlement both for British North America (now Canada) and the newly-independent United States.

Technological progress in the form of steamships transformed Lake Champlain to a highly competitive waterway before the advent of the railroads in the mid-1800s made transport and trade by water obsolete.

By 1853 the Champlain Valley was connected by rail to Montreal, Boston, Albany, and New York City. Although this initially meant increased business for lake commercial vessels, it took little time for the railroads to appropriate nearly all business formerly conducted using the Lake. The Lake did continue for some time to move cheap and heavy freight such as timber and to provide ferry services for human travelers on a large scale. But construction of a rail line along the western shore of Lake Champlain in the late 1800s virtually killed what remained of the Lake’s major commercial shipping; it was easier to transport by train the ores mined in the nearby Adirondack Mountains than to continue shipping them by steam freighter. 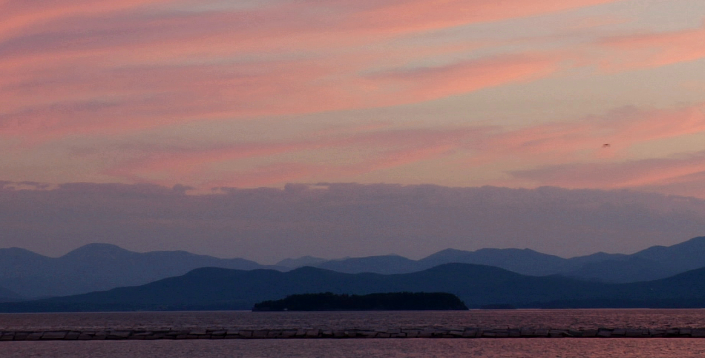 In the early- to mid-twentieth century, construction of bridges across the Lake essentially ended even the last of the essentially commercially-dependent ferry services. The advent of the automobile made even the lake excursion vessels obsolete for Vermonters who opted for personal vehicles of their own. The growth in the number of automobiles made the demand for better roads and bridges a higher priority than keeping up the lake’s commercial potential.

Since the end of World War II, Lake Champlain has evolved into a highly attractive tourist and recreational attraction far beyond its drawing power in the previous century. Increased personal wealth following the War made it possible for Champlain Valley residents to purchase small pleasure boats, abetted by the development of reliable outboard motors for these small crafts. The number of public beaches increased, and soon after the number of beachgoers. The widespread purchase of lakeshore property for recreational use, in turn, has led to recent but ongoing concern over the ecological quality of the lake in such areas as waterfront development as a way to revitalize local economies.

Many public school programs now probe the environmental and historical value of the Champlain Valley and its traditional role in regional, national, and even international affairs. There is a heightened awareness of the Lake’s natural and cultural resources. Several museums and historic sites are dedicated to interpreting Lake Champlain’s natural and cultural history in the light of an upsurge in public desire to learn more about the area’s history. Dozens of studies into the Lake’s resources have been undertaken with public support to preserve Lake Champlain.

Excerpted from History of Lake Champlain,